Mother Earth invites all visitors to walk her Nature Trails. Learn how forests, deserts, mountains, and waterways interact in a symmetrical balance of life. Discover hidden wildlife, exposed wildlife, survival strategies, mating rituals and reproduction. Learn how Mother Nature creates one complete interdependent family in which plants, animals, bugs and birds, and all things of Earth earn a seat at Her table. A rock, or a shell, even a soft evening breeze all play a part in Her journey.

Pronghorns and prairie dogs graze on the grass. American bison wander the plains and wallow in the dust. A wild stallion and his mares populate the hills and valleys, fighting off challengers that might steal his harem. Each winning stud controls a band of females, fathering colts and fillies during the breeding season.

Western coyotes scavenge and hunt. Bighorn sheep navigate a rock face, while whitetails and mule deer browse near the river. Cougars and badgers hunt for a meal – and nearly two hundred bird species call it home. Golden eagles and prairie falcons float on a breeze above sharp-tail grouse and wild turkeys.

Discover the wonders of the only memorial park in the USA named for a single individual. One of our most dedicated conservation advocates, Roosevelt earned that distinction thru his life-long conservation and wilderness protection efforts
Three separate units comprise the park and protect a wealth of natural resources. Elk Horn Ranch, the North and South units combined cover more than seventy thousand acres. Paved highways connect the North and South units, and circulate thru the park interiors. Elk Horn Ranch requires a higher clearance vehicle and navigates gravel roads thru less accommodating terrain. A hundred miles of hiking and horse trails access the more remote areas of the park. Little Missouri River runs thru the park and supplies an abundant water source.

Both a hunter and conservationist, Teddy Roosevelt fell in love with this badlands area and developed several ranches over the years. Serving as our president from 1901-1909, Roosevelt eventually dedicated this untamed wilderness – and spurred many conservation efforts that protect our natural resources.

Feeding almost exclusively on live fish, small mammals, and crustaceans, these winged hunters have extremely sharp eyesight and can distinguish between a six-inch fish and a six-inch stick lying in the water from hundreds of feet in the air. Ospreys always nest near water, and follow the waterways when migrating as well. This raptor species exists on every continent except Antarctica, although about seventy-five percent of breeding pairs worldwide nest in North America, and about half of those in the United States.

Ospreys lay from two to five eggs that hatch five to six weeks later. The young stay on the nest about two months, and then begin learning to fly and hunt. At four to six months, the northern ospreys migrate south for the winter. Osprey pairs do not migrate together, but often return to the same nest and the same partner during the mating season, although if a pair nests unsuccessfully for several years, they often separate and seek new mates.

Hovering above a body of water, an osprey spots fish swimming beneath the surface, then dive feet first into the water, grabbing the prey with powerful talons. It flies back to its nest or a perch, and eats or shares with its mate and young.

An amazing and beautiful mountain range rises above  green valleys and clear lakes in the country. The epitome of paradise west for campers or hikers, the park sprawls across the mountain tops about seventy miles north of Denver, Colorado.

Travelers enjoy passive access to scenic views and prolific wildlife, but snow-covered peaks and bleak hillsides remain as rugged and inaccessible as any area in the states. For those hardy individuals that choose the back-country, hiking and biking trails run up and down the slopes, but these will not suit the squeamish. The trails require careful planning and experience in the back-country.

Trail Ridge Road, a gravel base and extremely tight turns crosses a desolate stretch of alpine tundra that contains a distinct and varied collection of plants and animals that survive the harsh conditions. It’s worth the effort if your vehicle can manage the road. Elk and deer bask in the sunlight and graze the sparse vegetation, while the most magnificent cat in North America hides in the shadows awaiting its chance to eat. Moose, elk, deer, marmots, beaver, mountain lion and bighorn sheep find dinner and a home in the park. Wildflowers are abundant and the birds prolific. The diversity of ecosystems within the park presents wildlife and scenic viewing opportunities at every turn.

The park remains open all year, and cross-country skiing offers an alternate view of the snow-covered peaks that defies description. An incomparable visual feast for everyone who has a pair of eyes.

Native to the deserts of the United States and this particular yearling ewe lives in Bighorn National Wildlife Refuge which straddles the Montana / Wyoming border. Several females and young band together and graze, while the male band hangs out in separate groups most of the year until mating season arrives. Males fight for the right to father the next generation. Gestation lasts 150–180 days, and the lambs are usually born in late winter.

These Desert Bighorns walk and run on very flexible split hooves, allowing excellent grip for hillside grazing and rock climbing. Desert Bighorn wander all across the high desert areas of the western USA from Montana south to the Mojave, Death Valley, Sonora Desert.

Both genders develop horns soon after birth, and grow throughout life. Older rams have curling horns measuring over three feet long with more than one foot of circumference at the base. The ewes’ horns are much smaller and lighter and do not tend to curl. Both rams and ewes use their horns as tools to break open cactus, which they eat, as well as grasses, bush leaves and buds.

The desert bighorn has become well adapted to living in the desert heat and cold and, unlike most mammals, their body temperature can safely fluctuate several degrees. During the heat of the day, they often rest in the shade of trees and caves. Desert Bighorn adapted to survive for days and days with no water and dehydrate, then drink when they find it, and recover body hydration quickly.

Desert bighorn sheep biologically adapted to a desert mountain environment with little or no permanent water. Some may go without visiting water for weeks, gaining body moisture from food and occasional rainwater the collects in the rocky terrain. Bighorn can lose up to thirty percent of body weight and still survive. After finding and drinking water, they quickly recover. 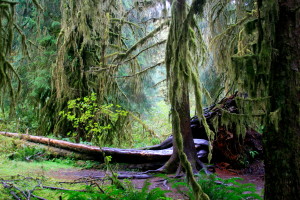 Predators
A Six-Pack of Short Fiction